We obviously have the ‘Sportsman’ class; but that is generally more of a ‘Run what ya Brung’ class (which has its place also in our RC world), But a drawback is new racers can find themselves getting run over by a 4WD Short Course, and pulling their 2wd Buggy off the track, minus an arm etc.

The Spec Buggy class was conceived as an additional entry point into 1/10th RC Racing. With a “spec” motor, simple non-intimidating rules, its a great way to get into competitive club racing.

One secondary goal was to build a class that would hopefully grow and could be reproduced at other tracks, so in theory, racers could travel with their Spec Buggies and support other tracks in the area. 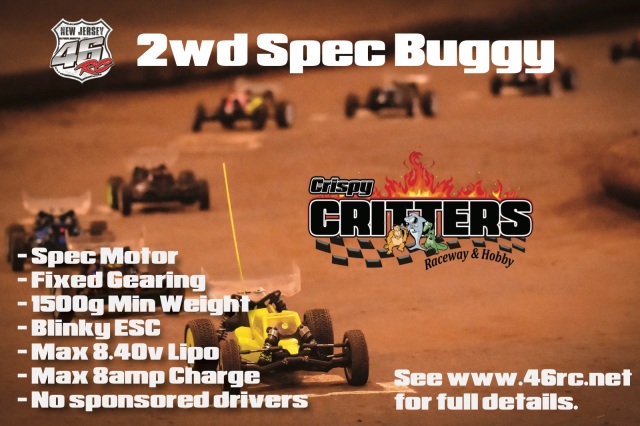 The class has been gaining momentum at Critters with a small group of racers attending each week. We had 5 racers attend our Trophy Race on March 3rd 2019: 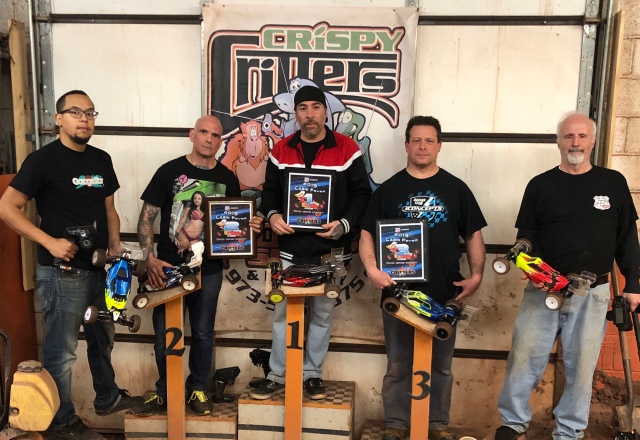 The feedback has been great from the racers, with some super close racing and battles for the podium.

The advantage of this class is that new racers or even racers who don’t typically do off-road, can purchase a regular 1/10th 2WD Buggy and start in this class. As they gain momentum and speed, they can progress up the ranks into the Regular / Advanced classes such as 17.5 Stock Buggy or 2WD Modified.

We had one local racer who started in the class at Critters. He ran for 3-4 weeks and then progressed up as he got more confident, and his lap times were close to the regular classes. Thats a perfect scenario.

Below, We can see the comparison in lap times between the two 17.5 classes from this weeks trophy event.

Personally, I don’t subscribe to the ‘Everyone needs a trophy’ mentality, but this class does give racers a fighting chance to gain some successes at the Club Level, which helps gain confidence. Confidence will fuel the desire to get faster and progress up the ranks.

And hopefully that process will attract new racers.